Getting started with cloth nappies can be a daunting task. There are a lot of different brands and types of cloth nappies on the market and it can easily be overpowering for the new parent trying to find the “right” nappy for your baby. To make it easier for you, we have put together our best tips on choosing cloth nappies for newborns.

Our sized nappy covers provide an excellent and snug fit even for the smaller babies. The front on the smallest size on our nappy covers is slightly lower around the belly button to make sure it won’t rub or chafe on the umbilical stump.
A nappy cover is used over an absorbent layer and is the leakage barrier of the cloth nappy. We have two excellent alternatives to use together with the sized nappy cover; the classic and inexpensive flat nappy and the form-fitted terry nappy. They are both excellent choices for your newborn with their perfect fit. 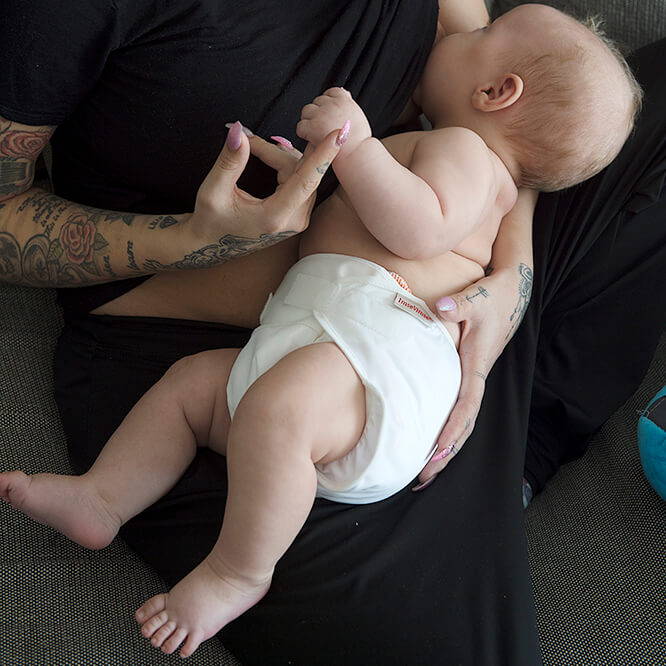 A muslin flat nappy is a square piece of thin cotton fabric and is folded and put in a nappy cover. Fold the muslin cloth after desired preference. There are several different ways of folding the flat nappy and we’re sure you’ll find your favourite in no time!
After folding the muslin square, place the baby in the nappy and put a nappy cover over it to prevent it from leaking and keeping the nappy in place. A snappy can be also be used to keep the nappy in place. Here are our three favourite nappy folds!

HOW TO FOLD FLAT NAPPIES >>

Muslin cloth is undeniably one of the most versatile products you can invest in for your baby. They can be used extensively, such as a burp cloth, a comfort blanket, as sun protection and during the warmer season of the year it makes a cool blanket. It dries really quickly and can easily be washed by hand. It’s without a doubt the most affordable nappy you can buy. 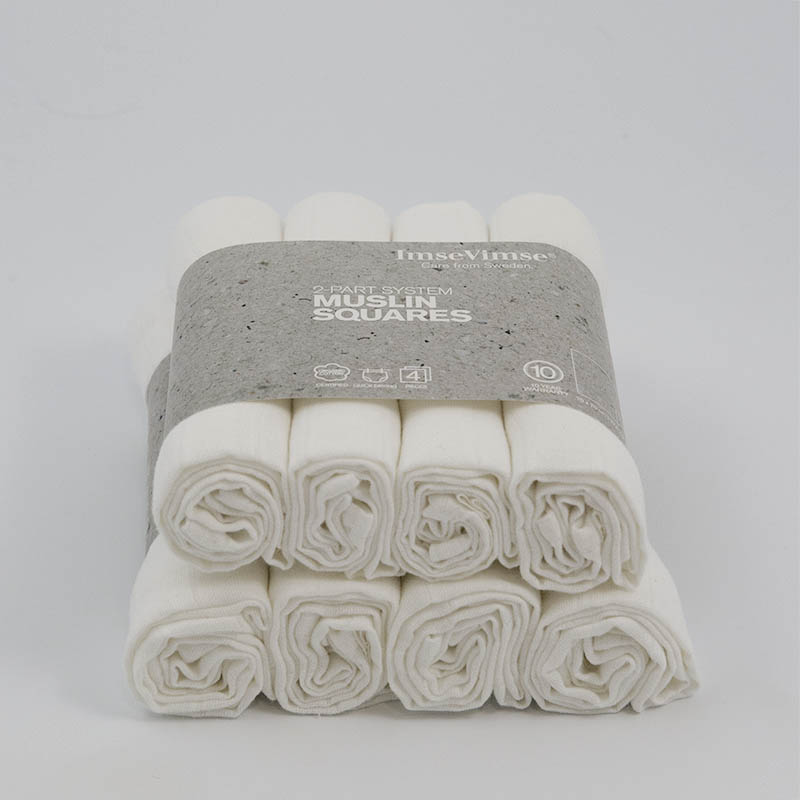 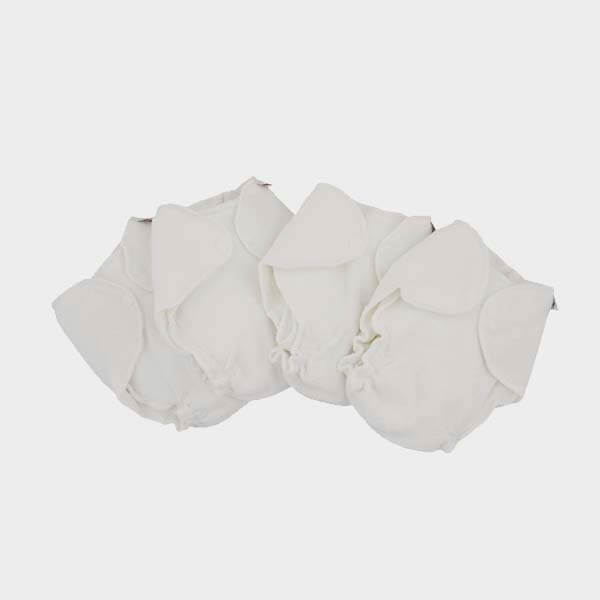 Another nappy that works really well on infants are the All-in-one nappy. Just like our sized nappy covers, the All-in-One is also slightly lower around the belly button to protect the umbilical stump.
The all-in-one nappy is unbeatable in its simplicity! With two absorbent layers permanently attached to the nappy cover, no extra inserts are needed. This nappy makes a very popular night nappy. The downside is that the whole nappy needs to be washed. With the two-part system, only the inserts need to be washed after use. The all-in-one nappy might be the most convenient cloth nappy, but it’s not the most affordable if you choose to stock up on only the AIO. On the other hand, cloth nappies have a really good second-hand value and you can easily sell them in various Facebook groups and on eBay. 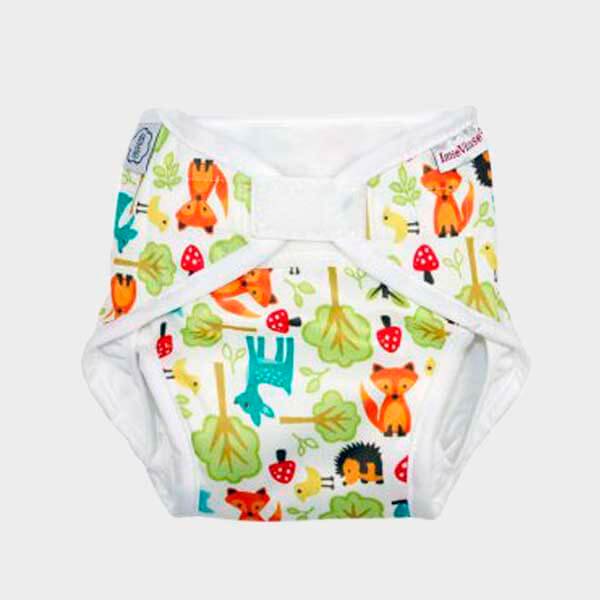 TO SUM IT UP

All babies are different and so are their needs. Finding the optimal nappy for your baby may take a few tries to figure out what is right for you. Our best tip is to have a few different types of nappies to vary between and to suit different needs. The All-in-one is a babysitter’s dream!

How many nappies do I need?
(calculations based on washing them every three days)

Good luck and if you need any further assistance, we are available on our live chat to you o

If you’re using cloth diapers at home it’s only natural that you’d prefer doing the same at preschool. Most of the time the teachers are […]

KITE FOLD Start with the nappy as a flat square. Fold the sides of the nappy into an imaginary centre line to match the […]